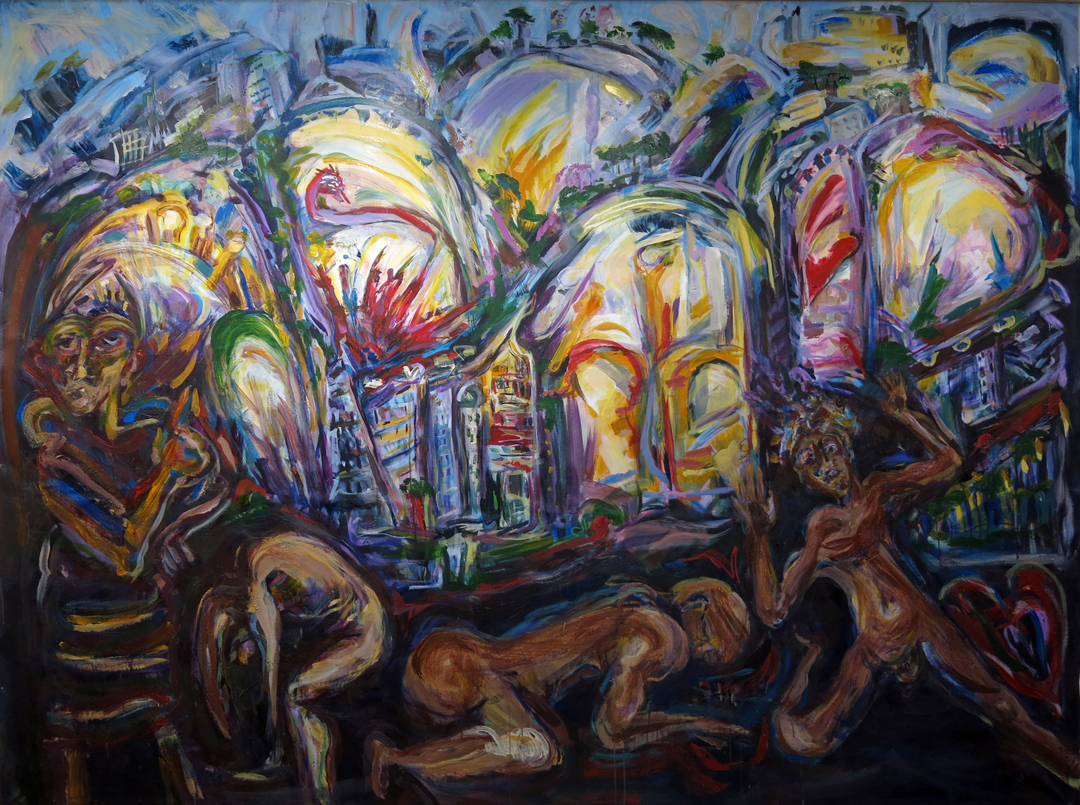 S.F. by Michelle Inouchi, is a monumental (7’ x 9’) expression of her belief that anything is possible in San Francisco. “There is an explosive growth environment leading to both positive and negative outcomes,” she says. This energetic and timely work seeks to comment on our current state of inequality.

Everyday on the way to her painting studio she passes Dolores Park and witnesses her beautiful city, the undulating skyline, but also the people sleeping.

These strong images began to appear in this large painting: on the left is the ‘Chief,’ taking charge in an effort to protect his city. He conjures the dragon (top-center-left) who evolves from a burst of flame emanating from Chinatown, (just as the soul of San Francisco is constantly evolving).

The exuberant figure in the lower right is “taking flight unencumbered,” giving his “vibrant light to the City”. He shares the corner with the heart of SF. The other figures are sleeping, and getting dressed.

The top of the painting is dominated by San Francisco’s famous Seven Hills.